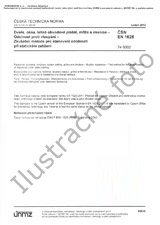 SIRI uses a consistent set of general communication protocols to exchange information between client and server. The same pattern of message exchange may be used to implement different specific functional interfaces as sets of concrete message content types. Two well-known specific patterns of client server interaction are used for data exchange in SIRI: Request/Response and Publish/Subscribe. - Request/Response allows for the ad hoc exchange of data on demand from the client. - Publish/Subscribe allows for the repeated asynchronous push of notifications and data to distribute events and Situations detected by a Real-time Service. The use of the Publish/Subscribe pattern of interaction follows that described in the Publish-Subscribe Notification for Web Services (WS-PubSub) specification, and as far as possible, SIRI uses the same separation of concerns and common terminology for publish/subscribe concepts and interfaces as used in WS-PubSub. WS-PubSub breaks down the server part of the Publish/Subscribe pattern into a number of separate named roles and interfaces (for example, Subscriber, Publisher, Notification Producer, and Notification Consumer): in an actual SIRI implementation, certain of these distinct interfaces may be combined and provided by a single entity. Although SIRI is not currently implemented as a full WS-PubSub web service, the use of a WS-PubSub architecture makes this straightforward to do in future. Publish/Subscribe will not normally be used to support large numbers of end user devices. For the delivery of data in responses (to both requests and subscriptions), SIRI supports two common patterns of message exchange, as realised in existent national systems: - A one step ´Direct Delivery´, as per the classic client-server paradigm, and normal WS-PubSub publish subscribe usage; and - A two-step ´Fetched Delivery´ which elaborates the delivery of messages into a sequence of successive messages pairs to first notify the client, and then to send the data when the client is ready. Fetched Delivery is a stateful pattern in its own right. Each delivery pattern allows different trade-offs for implementation efficiency to be made as appropriate for different target environments. A SIRI implementation may support either or both delivery methods; in order to make the most efficient use of the available computational and communication resources. The delivery method may either be preconfigured and static for a given implementation, or each request or subscription may indicate the delivery method required by the client dynamically as part of the request policy, and the server may refuse a request if it does not support that method, giving an appropriate error code. The Interaction patterns and the Delivery patterns are independent aspects of the SIRI protocol and may be used in any combination in different implementations. For a given SIRI Functional Service type (Connection Monitoring, Stop Monitoring, etc.), the message payload content is the same regardless of whether information is exchanged with a Request/Response or Publish/Subscribe pattern, or whether it is returned by Direct or Fetched Delivery. The SIRI Publish/Subscribe Protocol prescribes particular mediation behaviour for reducing the number of notifications and the amount of network traffic arising from subscriptions. The mediation groups the various subscriptions from a subscriber into one or more Subscriber Channels, and is able to manage notifications and updates for the aggregate. Only partial updates to the data set since the last delivery for the subscription need to be sent. The SIRI Communication protocols are designed to fail gracefully. Considerations for resilience and recovery are covered below